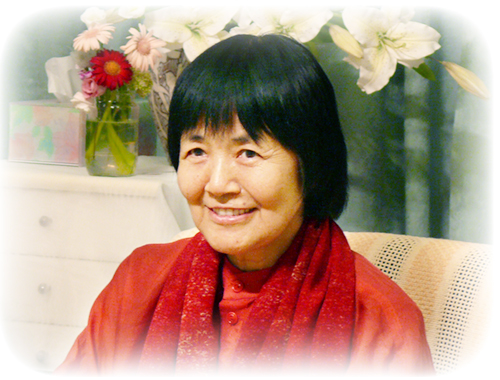 The first and only woman ever to become a Siddha Master.

After discovering yoga as a teenager, she traveled India, Europe and the US to broaden her knowledge in her twenties. She continued to learn healing, psychotherapy and traditional medicine in various countries.

In 1985, Yogmata fatefully met the legendary Himalayan Master, Hari Baba. Under his guidance, she practiced austere training and finally reached the ultimate stage of yoga known as “samadhi,” a state where one transcends the body and mind to be united with the source of creation.

In 2007, she received the title “Mahamandaleshwar” (The supreme master of the universe) from the largest spiritual austerities association in India, Juna Akara.

She regularly holds lectures and meditation workshops in many countries all over the world.